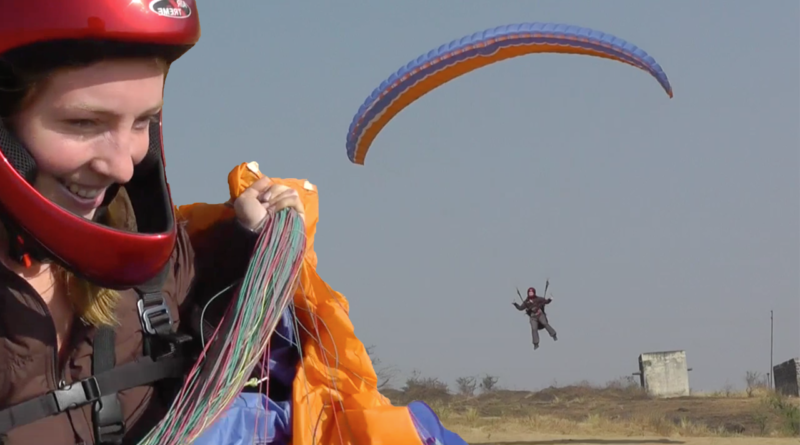 Flying like a bird.. experience the freedom.. take the controls in your own hands.. this is Paragliding in India!

Paragliding is something I wanted to do since childhood. As a child my parents sometimes took us on a driving holiday to France. We would camp out in between the mountains and look up and see these wonderful colorful creations fly high along the mountains and between the clouds. I knew then that that’s what I wanted to do later. I went to India for a paragliding course. And I never looked back.

Arriving in Mumbai it took another 2,5 hours in a taxi to reach the flying site of Kamshet, India. Paragliding has been very popular here for a long time and various paragliding schools operate here.

Through colleagues I obtained a recommendation for one of them, Paragliding Mantra.

The team gave us wonderful warm welcome in their shared villa, where we stayed for 5 days and nights during the flying course. Accommodation, food and company was al included.

The first morning it was time to start the course. We headed out to the foot of Stellar Hill where we were told about all the basics of the glider. Leading Edge, Trailing Edge, Cells, Risers, Karabiners and Harness. It was then time to do our first inflations of the glider, learning to control it as it would rise above your head. Having had a lot of kiting experience it was quite a challenge to control the glider during a reverse launch using opposite hand movements compared to those you would use for kite flying. But with time all things can be learned. And when in doubt, a forward inflation can be the better option.

Having practiced inflation and ground runs, it was time to hit the practice hill with our paragliders. Of course not literally, the plan was really to walk to the top, set up, ad fly down. This was the most exhilarating experience, for the first time we tasted flight suspended under our colorful gliders and who is in control: you!! Of course there was detailed radio instruction to keep us from any harm or obstacles!

The third day we dared to climb Tower Hill where TJ told us all about this spot, the techniques to be used, and the landing zone we should be looking for! Winds were quite strong on arrival but lessened slightly during the day which meant we were able to take-off and fly our first 20 minutes down to landing. What a feeling.

Later days carried on in this pace and we made the most of our rented paragliders even catching updrafts along the slopes combined with the occasional thermals for prolonged flight! Flying with the birds suddenly becomes less of a beautiful saying and much more of an amazing reality!!

We created a nice video of our adventure that you can admire below. We also have been on many more amazing paragliding experiences since then and will be sharing those in the near future!

If you would like to stay posted, do not hesitate to subscribe to the blog on the side here, and / or leave a comment for us to get back to you!

Last but not least, a big thank you to Paragliding Mantra and it’s owner TJ in particular for giving us wings! You can find them here: 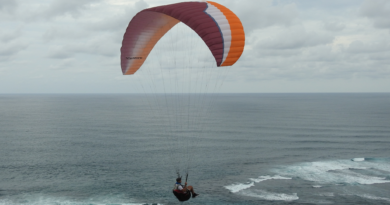 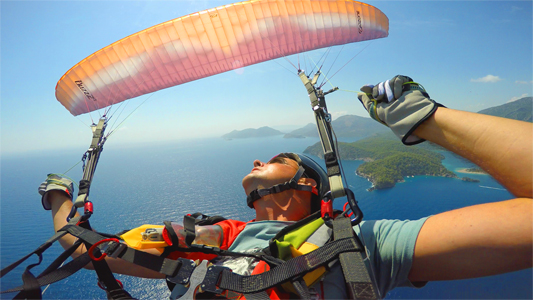